My wife and I got tickets for the Badger football game playing Northwestern.  Because it was homecoming and we were also going with some friends, we needed to find a place to park.  I knew Chris Beebe at FSC where I had worked when I was around 20, so I gave him a call. Upon speaking with him, he said there should be no problem if we did not arrive too late. Chris also told me that this would be his last year running FCS and he had a local buyer for the place. This made me even more excited about seeing my old friend and how FCS looked now because it had been over 30 years since I had worked there.

We all met at our friend Leigh’s and loaded up in her Suburban. When we arrived at FCS, we were greeted by a fast talking gentleman that guided us into our spot. I recognized him, but was not quite sure of his name. As he guided us into our spot, he proceeded to talk and had the whole car laughing within about 30 seconds. It turned out to be Dave, who didn’t work at FCS, but frequented regularly and was a close friend of Chris’. We got out of the car and Dave asked if I had seen Chris and pointed him out. He looked just the same as when I worked for him, but a little older. I went over to see him and said hi, but he was in the middle of parking a car. As we stood around our car, I noticed, as like any Badger football game, there were people dressed up in red and white and some with suggestive, unusual clothing.

A few minutes later, he came over to our car and said hello and asked if we wanted a tour of the place. Of course we followed him into the shop. As I looked around the place, it looked the same as when I worked there. There was the yellow line that went through the shop and to the front office and old cars parked off to the side, not in the mechanics stalls, but where Chris could work on them. It looked as though Chris had taken over most of the side we started in for his projects and race cars. Chris proceeded to show us cars and every one of them had a story behind it. There were a few that I had never seen and some I had. Chris had some photos on the wall of his latest car he drove. It was a Formula car. He pointed out that he was especially proud of the photo because, in it, he was leading a few very famous racers in the formula series races.  At the bottom of the photo was another photo of his Lotus Super Seven that I had the pleasure of crewing for him in, at Elkhart Lake and Atlanta.

I asked if he still had the Super Seven and he said yes, but that he lent the axle to a friend and it got bent. He said it was in pretty rough shape.  We proceeded to the back area of the shop that was Chris’ main race car area that I remembered from when I worked for him.  There was the Super Seven, bonnet off and no axle. Looking around this area it was as I remember. Not very organized and stuff all over the place.  Of course it may have looked unorganized, but Chris new right where everything was. Chris then went to another room and there were more cars, some of which were partly covered by more stuff. I remembered all these cars. Chris told us a short story behind all of them. I did see way back in the corner the Mini Cooper I was going to race until I found out how much it cost to keep the car and engine up. I was not surprised to see the cars still there, because Chris had said he almost never sells anything.  Then Chris got called by one of his helpers to help park some cars and he left.

We walked out of the rooms and up towards the front where the bathroom was. As I walked through the rest of the shop, it looked like the place I worked in when I was 20. The work benches looked the same as did the yellow line to the front. The “Parts and Service” sign was still on the wall, the manuals still in the same spot and even the bus depot sign and a 30 foot hang glider hanging from the rafters (I think FCS was the Madison bus depot before Chris bought the place).  As we walked to the front where the bathroom and parts department were, I started to laugh. The parts department was the same as when I left. The parts on the shelves were in boxes with writing on the box. I think it may have been cataloged by the duodecimal system.  And yes, the bathroom had not changed a bit. I think the leaky sink leaked when I worked there.

Walking out, I thought of a few things that happened to me when I was there.  At that time, I lived with 6 of my friends on Charter St and after one long night of partying they came the next day to visit. When they found me, I was under a car and may have been taking a short nap.  Then, they started yelling for me to wake up at least that is how my friend Mike will tell it. They say I was sleeping, but I will not admit to it. I also lived out back in my Toyota Land Cruiser for a month in between places that I lived. I guess you could say I was almost homeless, but not with a friend like Chris.  Chris always had the cooler stocked with Bohemian Club beer. Many nights after work, the group that worked there would sit around and have a few. I remember there was Jack, Crusher, Rob, Scotto, Kate and a few others. I also made Tom and Jerry’s at Christmas that were a hit with some.

There was one thing that had changed; it was the hydraulic lifts. At some point, they got soft or maybe more efficient.  We had to use floor jacks and stands to do any work under the cars. I said to Chris, as we left, that the place had hardly changed at all (except the hydraulic lifts) and Chris’ response was why should it? FCS is a place in history that has been around for over 35 years. It will be sad to see it go. If you look on the Internet there are a few stories on Chris and FCS that I included links to. You will also see they carry a 4.5 star rating for service. Thank You Chris! 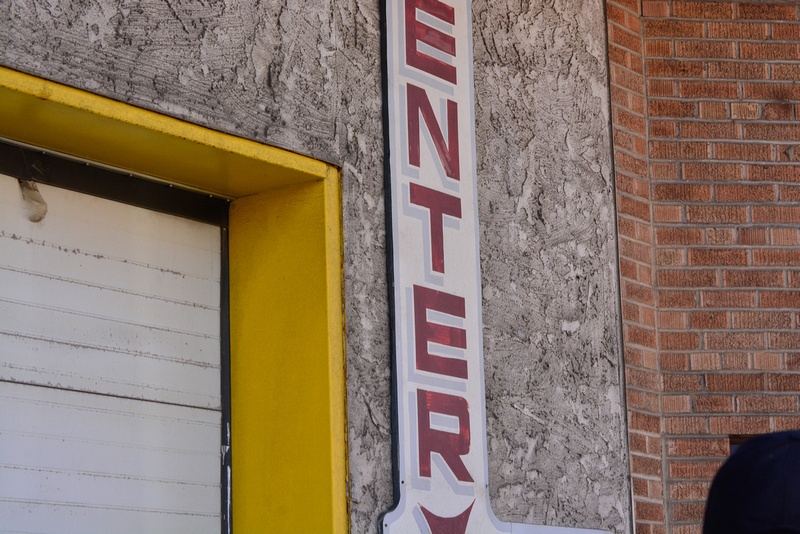